Details surrounding GTA V are becoming clearer every week, something that fans are seriously grateful for – waiting until September 17 was beginning to seem like an eternity! After releasing three promising character trailers, Rockstar has gone even further, giving a group of media representatives the first taste of GTA V gameplay last week. 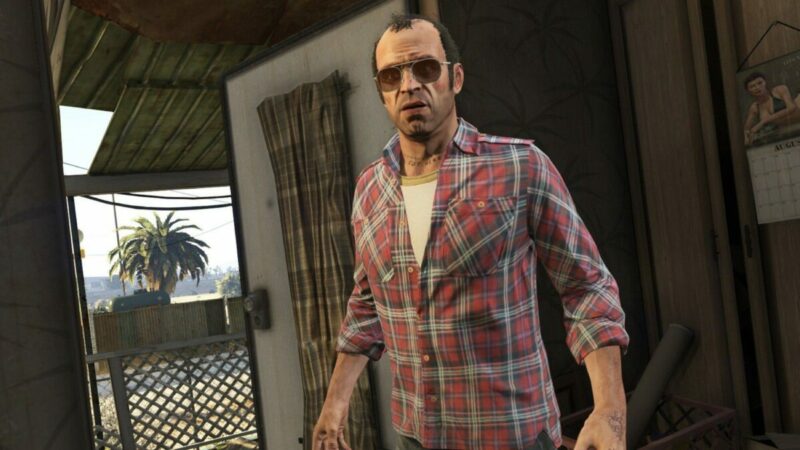 This preview will guide you through all the news released at the event – character swaps, the importance of missions, awesome heists. Take a look and see what Rockstar’s got in store. Tell us what you think – is GTA 5 shaping up to be the be all and end all, or has that boat already sailed?

The fact that you can swap between three characters in GTA 5 is the most important change to hit the game since it went 3D. I’m not exaggerating – just think. Character swapping doesn’t mean that you can take one character to do one mission and then swap and take another – you can actually alternate between characters at any point in play!

The means that GTA 5, although it does follow a storyline, will be dynamic and adapt easily to the tastes of each player. Depending what point of the map you’re at, you’ll see different missions, tasks that you’re not obliged to do, but which will usually reap rewards and unlock related missions.

A quick example: imagine you’re in the role of Franklin. You’re riding your bike, wind blowing in your hair as you cruise down a Los Santos highway. Suddenly, you decide to jump to Trevor….who’s half naked on a beach, surrounded by dead bodies. Kind of a shock after your pleasant day on the roads, eh?

You can see big differences between the characters, and not only in the way they look or what they do. You can also see it in their skills. As in GTA San Andreas, Grand Theft Auto 5 will allow players to improve different stats and skills – like stealth, shooting, stamina, driving skills and lung capacity – as they gain experience. Each character will also have a special skill that will make them perfect for specific missions.

Since Franklin‘s already the star driver, he’s able to slow down time while he’s driving, which is perfect for police chases. Trevor will be able to double the force of his punches, perfect for a guy who’s already famous for his rage and violence. Lastly, Michael (supposedly) the calmest of the three, will have skills that looks a bit like John Marston’s in Red Dead Redemption, or Max Payne’s famous bullet time – the ability to stop time in gun battles, giving you the opportunity to refine your shots.

The biggest heist of all time

Rockstar assures us that we won’t be limited to central missions in a GTA 5. Obviously, there will be some and they’ll be important, but they’ll only make up a small part of all the action. This new game mechanic is one of the most interesting things about Grand Theft Auto 5. When you rob a bank, for example, it’s not longer good enough to leap over the counter and wave your gun around until you’re given the bag of cash – now, you’re going to have to plan heists from the very beginning. 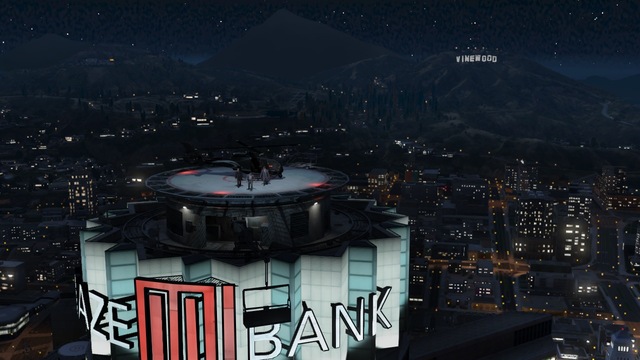 Every heist will be a work of art

Heists begin from the moment you decide who’s coming with you. Although Trevor, Franklin and Michael will always be there, they can hire henchmen to help ensure that everything goes to plan. You’ll be able to hire drivers, snipers, and other assorted cronies, negotiating what portion of the heist will be theirs, or what they’ll earn for doing your dirty work. You’ll also be able to select the weapons and cars you’ll use in your attack.

Once the planning is done, it’s time to carry out the heist. This is when you’ll see the GTA basics at their most spectacular – think car chases and shootouts. In the demo seen by journalists, our antiheroes were hired by the FIB (the FBI of the GTA universe) to attack an armored van. The coordination of the mission was impeccable – Franklin drove the van to a safe place, Michael blocked the highway and, obviously for GTA, everything ended in a shower of bullets.

Combat in GTA has occasionally been accused of being too simple. That might be true, so it’s an aspect that Rockstar have really worked on in GTA 5. With some elements borrowed from Max Payne 3, combat mechanics now allow for a new targeting system, which will allow you to go after a specific target (something you might have already seen in the excellent Red Dead Redemption). 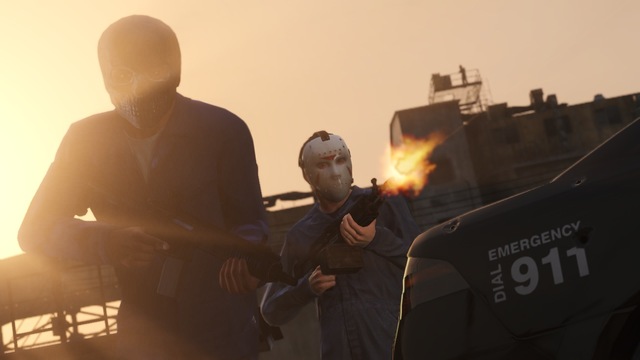 Improved targeting on the cards for GTA 5

There’ll also be a new shoot and run system in GTA 5, as well as new possibilities for taking cover. Health will regenerate in GTA for the first time, although only as far as 50%, so we’ll still need health kits and other objects to stay 100% healthy.

It’s not all hard graft in Los Santos, though. When we’re not seeing the less legal side of Michael, Trevor and Franklin, we’ll also have the chance to see them chilling out while practicing their favorite hobbies.

Remember back in GTA San Andreas, CJ could play basketball? Well, GTA 5 takes it a step further. In keeping with his personality, Franklin’s favorite pastimes are extreme sports, like high-speed choppers, parachuting and diving. 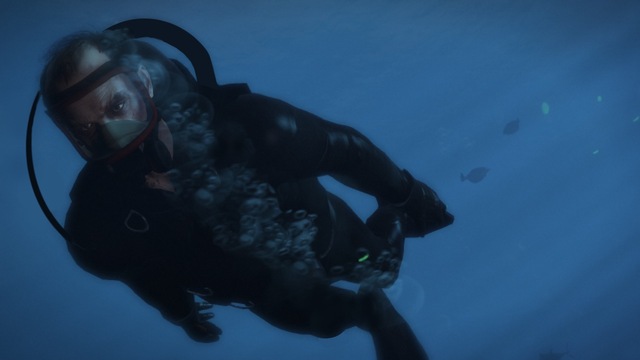 Meanwhile, if you like the sea, then you’re going to love the fact that GTA 5 lets you go diving. Imagine what you’re going to find down there in the depths! We have no idea, but considering it could run from sharks to hidden treasure, we guess it’s going to be wild!

If too much adventure makes you nervous, though, don’t worry. Los Santos offers more relaxed activities too, like tennis, golf and yoga. From what we’ve seen, a few classes of Vinyasa would do Trevor and his bad attitude a world of good…

A city that’s full of life

When they heard that Grand Theft Auto 5 would only include Los Santos and not the whole San Andreas area, some fans were disappointed. Now that we’ve seen that the Los Santos of GTA V has been completely redesigned, however, those worries have certainly dissipated. Even though the foundations of the city are the ones seen in GTA IV, there are acres of new territory for you to explore.

For a start, there’ll be much more life on the streets of Los Santos – Rockstar has assured us that’ll you’ll be bumping into 4 times more pedestrians here than in GTA IV. These people will be more varied, too, and there’ll be more interaction. Who knows, one of them might even ask you a little favor. In fact, Los Santos will be so easy on the eye that you’ll definitely want to take a few photos on your smartphone and upload them to Rockstar’s social club to show the world what you’ve been up to.

If you think the city center looks good, wait until you see the outskirts. Los Santos will have a huge, mountainous landscape, filled with its own flora and fauna, like in Red Dead Redemption. Even though Rockstar hasn’t confirmed it, we’re going to assume we can hunt, given the open world playability of the Grand Theft Auto universe. 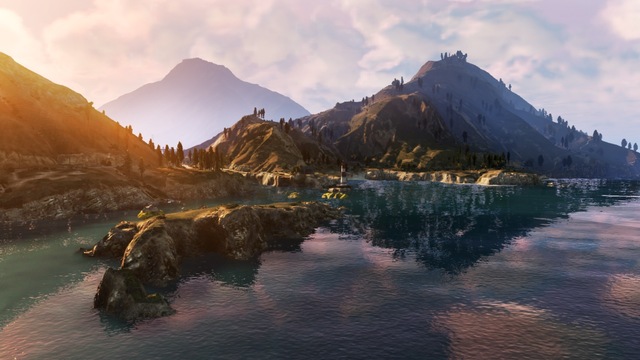 Get carried away by nature

The same goes for the coast. Like we said before, you’ll be able to dive, as well as go fishing and sailing down along the coastline.

One of my favorite things to do in other GTAs was to get a nice car or bike and drive across the map from east to west and north to south, taking in the landscape as I went. If that was already cool in San Andreas or GTA 4, I can’t wait to have a taste in GTA 5…

Now we know everything there is to know about the characters and gameplay, we want to know about multiplayer mode. Rockstar, staying pretty quiet, didn’t give out too many details here, but they did guarantee us that it will be “very special, very different” to what’s been seen until now.

Although they haven’t said anything specific, in the playable demo we saw a fourth icon alongside the icons for each of the three main characters. Does this mean that we’ll be able to play with a fourth, external character who would probably connect online? It that’s what Rockstar meant by something “very special, very different”, then they’ve outdone themselves. If it’s not, then let’s hope that at the very least, they’ve been inspired by Red Dead Redemption’s awesome take on the multiplayer issue.

Will there be space for a 4th character?

What do you think of all this news? What are you most looking forward to, or most hoping will make the cut in the final version?