1. Use the approach that suits your style of play 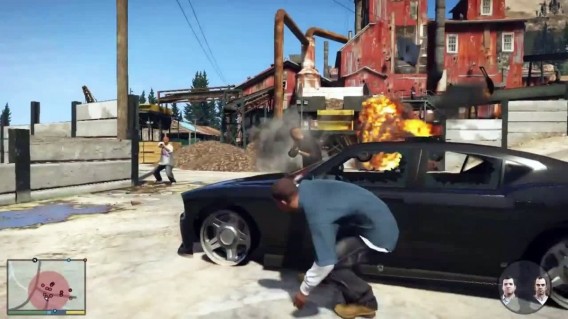 You can choose between attacking with force, or using finesse. 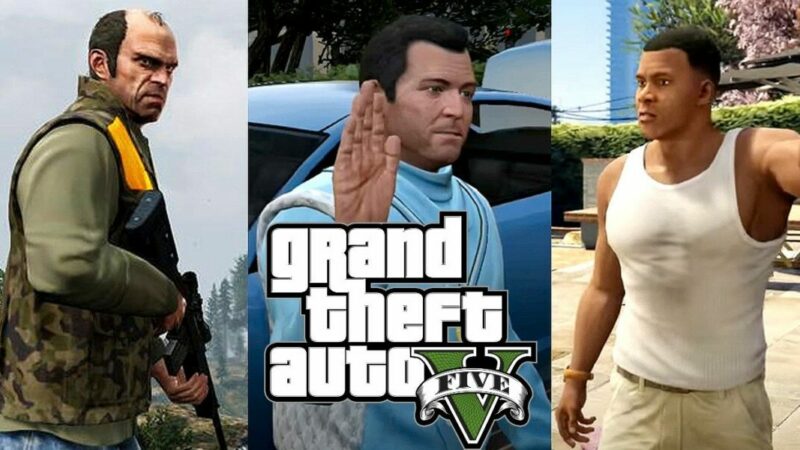 GTA V lets you choose your team’s approach for various heists, either attacking with force or using finesse. Choose the approach that best suits your style of play in order to minimize surprises. If you’re heavy on the trigger, for example, go for frontal attacks; otherwise, choose a stealth approach.

2. Be careful who you hang out with

GTA V lets you choose which teammates will accompany the heroes on each heist. Note that the more experienced teammates will expect you to pay them a larger share of the spoils. Whatever you do, give yourself a fighting chance and don’t skimp on good teammates. A novice can derail a prefectly planned heist, so make sure to replace your less experienced accomplices with professionals to put the odds on your side.

You’ll have the opportunity to increase Franklyn, Trevor, and Michael’s statistics by having them perform auxiliary tasks. Driving through the streets of Los Santos will increase your driving, running, and cycling skills and improve your endurance, while flying lessons will turn your heros into flying aces. Sessions at the shooting gallery will improve each character’s handling of different weapons. As icing on the cake, you can increase your level of discretion by walking regularly in stealth mode and surprising passersby. All these skills will prove crucial in the most complex game missions! 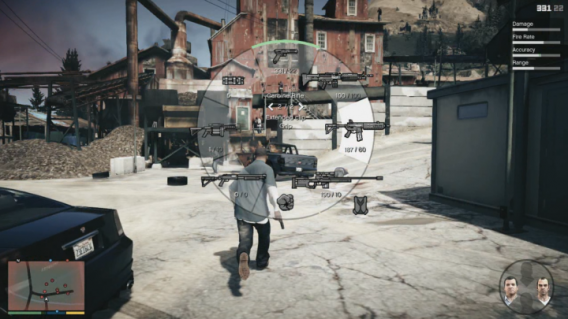 Make sure your characters are properly equipped…

We can’t say enough about the importance of preparation for the success of heists! Before starting the main missions of the game, make sure that your characters are properly equipped by visiting one of the numerous Ammunation shops. Among the essentials are the bullet-proof vest, the shotgun for close combat, the sniper rifle, and the sub-machine gun, which your characters can use while driving.

The gameplay of GTA shootouts is unique, and you’ll have to master the subtleties to overcome the toughest missions. Assisted power mode, for example, lets you move from one target to another in the middle of a shootout with the flick of the right stick. GTA V fights are among the most demanding of their kind, and this additional assistance could make all the difference in desperate situations.

Don’t count your chickens before they’ve hatched! GTA V missions are full of twists and turns. In other words, even if your plan seems to be going smoothly, you’ll never be safe from the unexpected, such as an accomplice with all the loot getting caught by the police! Stay alert and keep your cool until the end of the mission.

In GTA V heists, your main goal is to come away with the loot, not to grandstand. Use the most effective solutions when things go sour, like headshots or heavy weapons. Better yet, avoid systematically fighting the police and hide when possible. Simply stay out of sight of your pursuers or hide if you nee d to! 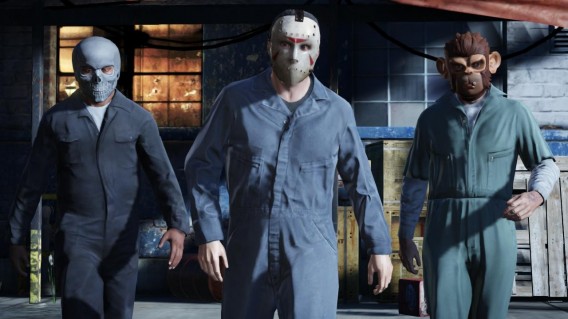 Alternating between the three main characters in GTA V is the key to success.

Alternating between the three main characters in GTA V is the key to success for most heists. Franklyn, Trevor and Michael each have special abilities, and you’ll have to switch from one to another very regularly to carry out special tasks. Fortunately, a system of flashes of color will give you critical information about the status of each character. When a character has to be selected, the picture flashes white. A red flashing light indicates that the character is damaged and needs you to help him. Finally, a translucent portrait indicates that the character is not available.

In the heat of battle, it’s easy to forget the special skills of each character. These benefits, however, can often make the difference between a mission accomplished with finesse and a dismal failure. For the record, Franklyn will slow down when he’s weaving a car through traffic to evade the police. Trevor becomes almost invincible for a short period of time and can do some pretty serious damage, very useful when you find yourself surrounded. Finally, Michael will slow down time during shootouts to aim better and carefully align his targets.

If you’re a true gangster and would rather die than follow the rules, GTA V understands you! In it’s infinite kindness, the game gives you the ability to use cheat codes to unlock weapons, vehicles and other bonuses! To activate a secret code, simply enter the keystrokes in the order shown, without pausing the game. Warning: Once entered, these codes automatically disable trophies and achievements.